Natural solutions with the people

Round Table on Drought: marginalizing the marginal further

Key uptakes from the round table on drought on 11 September were as the following: Droughts continue to happen and more seriously in Africa, Asia and all over the world. And, consequences are huge for many countries, especially for poor farmers.

In Vietnam, the government declared the Drought Emergency for international assistance in 2016 as more than 10 million people from a number of central and southern provinces of the country were heavily impacted.

CSOs have worked closely with the government agencies and offered community-based solutions to address root causes of drought, e.g. deforestation.

As a result, recommendations proposed first that communities play important roles in fighting against drought. They often have the knowledge, wisdom and understanding of root causes. CSOs also play critical roles as facilitators to stimulate people’s initiatives and support people at the grassroots level. Thus, the so-called 4P approach -People-Public-Private Partnership- would make joint efforts to fight against drought.

FLEUVE project, an experience to reiterate

FLEUVE (Local Environmental Coalition for a Green Union) project is an initiative which fits into the global issue of building capacities of local authorities and of civil society organizations in order that actions of natural resources management (NRM), of combatting desertification and of adaptation to climate impacts be taken into account in local and regional strategies of territorial development. This project, funded by the European Union, covers the Great Green Wall area of five Sahel countries (Burkina Faso, Mali, Niger, Senegal, and Chad).

In Niger, FLEUVE project supports local authorities in the implementation of their local development plan and in the fulfilment of investments in sustainable land management (SLM). It is implemented by the Great Green Wall National Agency (ANGMV), in partnership with the Local Authorities Investments Funding National Agency (ANFICT). It also engages civil society organizations in its implementation, through the Network Sahel Desertification (ReSaD) and the Network MARP.

The ReSaD, via its Niger platform CNCOD is charged with supporting four villages of the Tahoua region who are the beneficiaries of the project. In May 2016, a workshop gathering these villages allowed to identify their needs in capacity building and to plan their investments in favour of SLM as well as in income-generating activities that the project will allow to achieve. Following this workshop, villages have been trained on the integration of SLM/NRM within local development plans; as well as on SLM technics, such as assisted natural regeneration, improved clearing, and soil management technics allowing to retain water and to maintain fertility.

Micro-projects of investment have been then implemented to recover 320 ha of degraded land on the four villages’ territory, following technics of water conservation and of soil fertility (e.g. half-moon, infiltration strips, and stone barriers), and for agricultural purposes. The CNCOD/ReSaD finally supported women and youth groups for the creation of income-generating activities (e.g. plant production, sheep fattening, and fodder seed bank setting up).

CSOs at UNCCD COP13 have made a clear connection between climate change challenges and the need to achieve Land Degradation Neutrality (LDN).

The Nature Conservancy (TNC) sees “Natural Climate Solutions” as an important means for achieving LDN. The best climate technology is already deployed on a global scale, having been refined by nature for more than 350 million years. It combines CO2, sunlight and water to produce clean air, clean water and healthy soil in addition to products like chocolate, rayon and timber. And, it may be growing in your backyard—a tree!

We will never see a better carbon capture and storage technology than what nature can provide us. Capturing carbon emissions through our natural ecosystems —our forests, wetlands and soils—is essential to addressing climate change. If we only focus on engineered solutions, we will most certainly not achieve the ambitious climate goals set forth over the last decade. The current energy transition is set to take decades more, while natural climate solutions can provide a crucial biological bridge to a low-carbon future in the near term.

So, natural systems have developed over millions of years to sequester carbon. But carbon storage is not the only benefit nature can provide through sustainable management. Take the forestry industry. Conventional wisdom tells us that we should not be cutting down trees. But our scientists say that forests, well-managed for timber, can often store as much carbon as unmanaged forests. When forest management is done right, it provides a solution to storing carbon while also providing a sustainable supply of timber—meaning a sustainable supply of jobs and revenue that can deter the threat of conversion of forest to other land uses. Timber buildings can act as long-lasting carbon stores while also reducing the need for concrete, iron and steel, which produce more than 8% of greenhouse gas emissions.

Wood products are not the only conservation and commercial solution. Intensifying agriculture on already degraded land by increasing soil health, and restoring mangroves and wetlands also present opportunities to store carbon at scale.

All of the above can support LDN targets. So, let’s think of addressing climate challenges and land degradation as interrelated – but also think of them as connected opportunities! 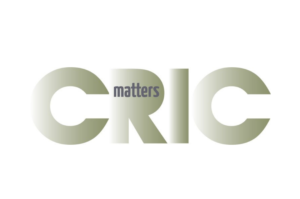 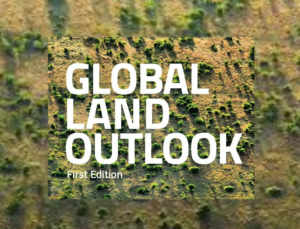 The Global Land Outlook 2nd edition (GLO2): What You Need To Know 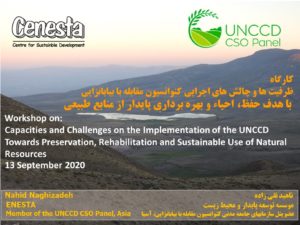